"Sevilla" = what in the English language we call Seville. It has always seemed odd to me that in English we change the names of some cities and countries and not others. If I ruled the world we would only use the place names that the people living there use, regardless of our own language. Say-VEE-ya Is such a much more lovely sound than Suh-VIL, in my opinion. And it is such a lovely city, it deserves to be sung, if all things were equal.

Where to begin? So grand, so rich, so charming—Sevilla has my heart. First off, just look at these accommodations. 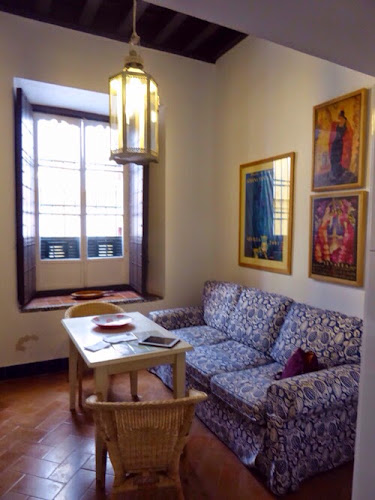 This was our Airbnb apartment, just a few blocks from the cathedral and almost everything we wanted to see and do. It was beautiful.

Here's the cathedral—the largest in Spain and very old and historic. It was built on the ruins of a mosque after the Moors were driven out. The bell tower was the minaret, with bells added. 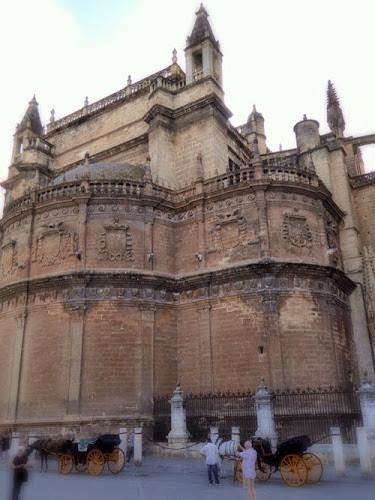 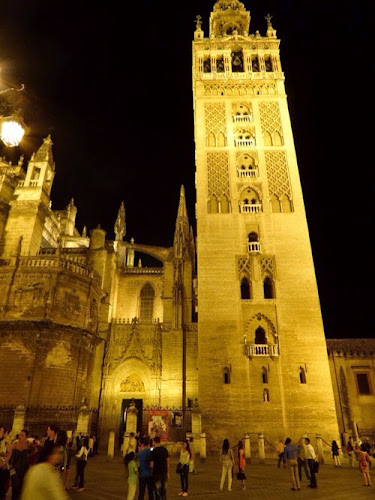 We were not able to tour the cathedral itself, but climbed to the top of the bell tower and took a gazillions pictures from every level. It was stunning.

One morning we took a walking tour with our terrific guide Alfonso, and got a great feel for the spirit of the city. 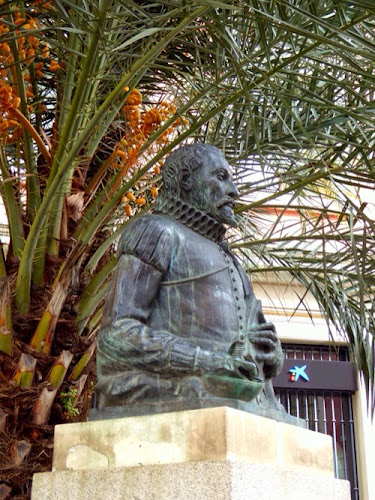 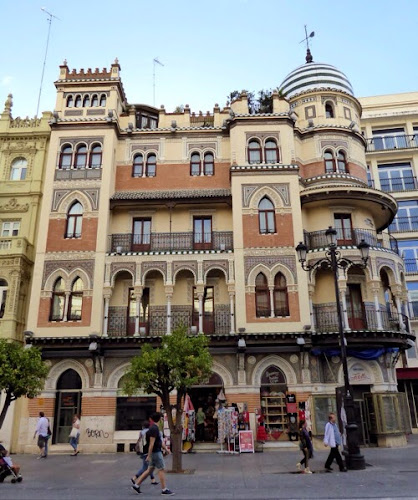 Moorish influence in the architecture 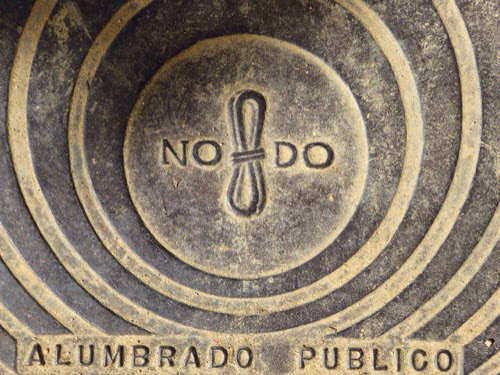 This is the symbol of Sevilla. It is a kind of rebus that means "Sevilla has not forsaken me" and is attributed to King Alfonzo X, in thanks for Sevilla's loyalty. The character that looks like an 8 is a skein of wool.
On our own, we visited Plaza de Espana, a grand plaza that was built for the 1929 World Exposition. 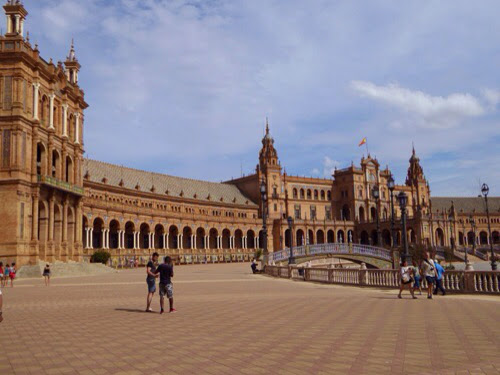 And we saved a full afternoon for the Alcazar, the beautiful Moorish Palace and gardens. It is still used as a part time residence for the Spanish royalty and is closed to the public when they are in residence. We were lucky to be there at a time it was open. Incredibly beautiful and peaceful. If I were the queen I would live there all the time. 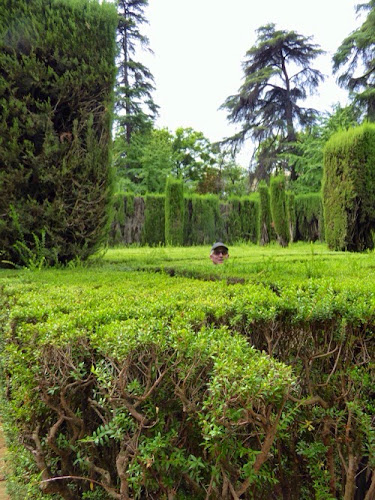 Ray lost in the labyrinth garden at the Alcazar.

I took so many photos in Sevilla, I hardly knew what to share here. It is a wonderful city. Put it on your list! It is a city of quiet, peaceful mornings and evenings filled with wine and music and glorious food. A rich past and a vibrant culture. People seem happy here! I think they have it figured out. 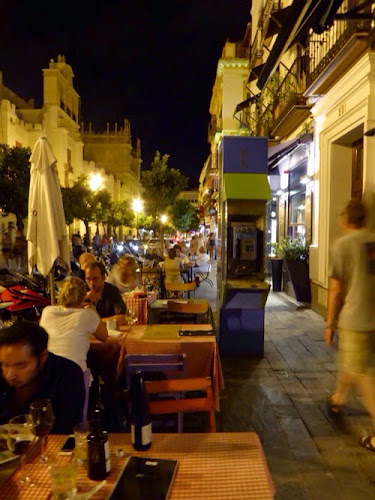 Posted with Blogsy
Posted by Terry Grant at 3:07 PM