Today. This is my favorite holiday, not so much for its historical significance as for what it has become—a time to celebrate family, friends and whatever we feel truly blessed by and most thankful for. I look back, now, on nearly 70 Thanksgivings, shared with people so very dear to me, many now gone from this earth and know beyond a doubt that each was a greater gift than anything else I've ever been given. Most Thanksgivings have blended into a common memory, but some stand, individually, as extraordinary. Surely our Ecuadorean Thanksgiving of 2 years ago is one of those. Another that I remember every year is Thanksgiving of 1968, my first away from my family and perhaps my first realization of the preciousness of friendship and shared tradition. I wrote about it in 2006 and am happy to share that story once again... 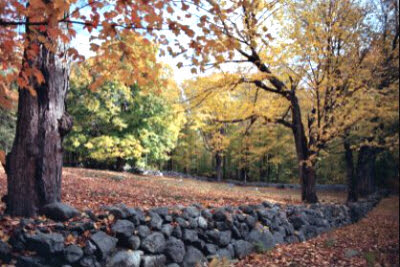 Kathleen and I grew up together, nearly like family. Our mothers were best friends and our families shared many Thanksgiving dinners.

In 1968 Kathleen and her husband, Gary, moved to Connecticut to go to graduate school at UConn in Stoors. I had graduated from college the previous spring and I was working for my sorority (Alpha Omicron Pi) as a traveling chapter consultant. We were all far from our Idaho homes and discovering new worlds.

I spent the week before Thanksgiving visiting the chapter at Northeastern U. in Boston. It was a sad and dispiriting week. The chapter was one of the oldest existing AOII chapters in the country with a wonderful legacy of outstanding women, but it WAS 1968 and the world was blowing up in a lot of ways, both good and bad, and sorority life was becoming a symbol of elitist, old thinking and the chapter was suffering badly. The few remaining members wished to return their charter and close the chapter with some dignity. The alumnae, for whom this chapter had meant so much in their lives, were distraught and in total opposition. I felt for all of them. And I really had nothing to offer. So, at the end of this sad week, when I was feeling very homesick, Kathleen and Gary drove to Boston to pick me up and we went back to Connecticut for Thanksgiving.

What I remember most was how happy we were to see each other, how homesick we all were, how beautiful Connecticut was and the music. Three albums. During that long holiday weekend we played these three albums over and over and any song from any of them will instantly take me back to that Thanksgiving. Gordon Lightfoot, The Rascals and The 5th Dimension. When was the last time you heard of any of them? In 1968 they were all at the top of the charts.

We cooked our first Thanksgiving dinner away from home and family, together. It was a makeshift affair, but based on what we knew our mothers would be cooking on the other side of the country. Kath didn't have a pie plate, so we divided the pumpkin pie ingredients into the compartments of her muffin tin. Then we forgot that we probably should adjust the baking time for these tiny tartlets. They came out of the oven looking like black hockey pucks—inedible. We made way too much stuffing but Gary held the turkey steady while I crammed every little bit into the bird. It is a wonder it didn't explode. We invited another Idaho State grad who was also going to school at UConn, whose name may have been Allen—I have forgotten—to join us. We drank a lot of cheap wine, lighted candles and sat on the floor around the coffee table (which may have been crates) to eat our feast from Kathleen and Gary's lovely wedding present dishes. We laughed a lot, called our families and bravely held back our tears at the sound of their voices. They were together. We were together. Something right and balanced there.

When I left a few days later I could see, from the plane window, Kathleen and Gary standing just inside the waiting area. Between us a bitter wind and some snow was blowing. Gary had his arm around Kath's shoulders and she was crying. I was sitting on the plane crying silently as well.

Posted with Blogsy
Posted by Terry Grant at 2:47 PM