We had some friends over a few weeks ago and they suggested we "do the 4 Ts" together sometime. I had no idea what that meant, but I soon learned that it's a fun way to spend a day exploring Portland and lots of people were doing it. The Ts are: Trail, Tram, Trolley and Train, and it is a sightseeing route through some of the best parts of Portland via those 4 Ts. 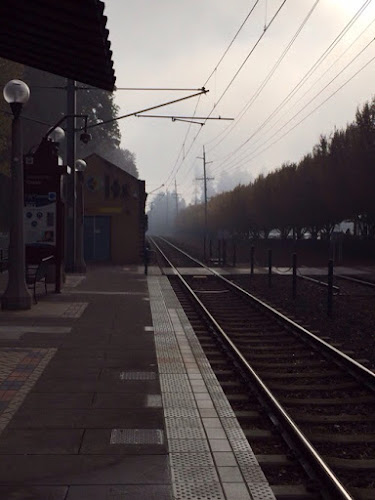 We had a break in the rain yesterday, so headed out in the fog, taking the light rail train to the Washington Park Zoo, where we were meeting Terry and Virginia, and where the route begins.

Emerging from the train station, we found a sign directing us to the start of the Markham Trail, right along the busy highway. We were very quickly in thick forest, climbing upward, and upward, seemingly far from civilization and the city, then, surprisingly, emerging on a familiar street at the top of the hill, not far from where we used to live. Then another upward hike to Council Crest Park, the highest point in the city, with vast views of the city. The fog had burned off enough that Mount Hood was barely visible in the distance. 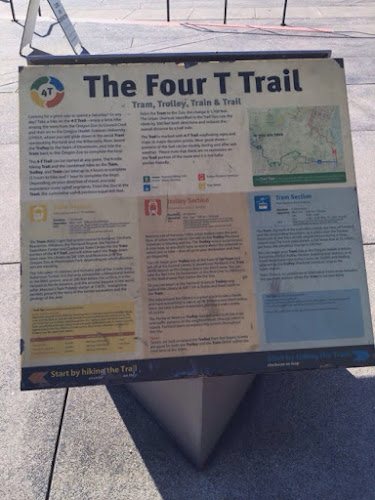 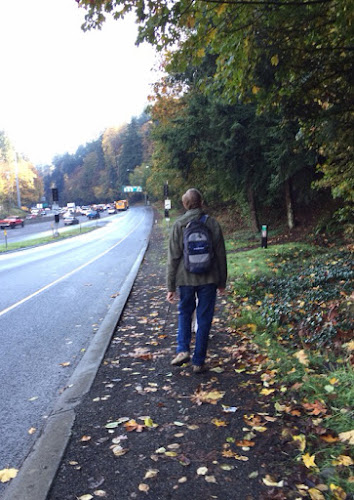 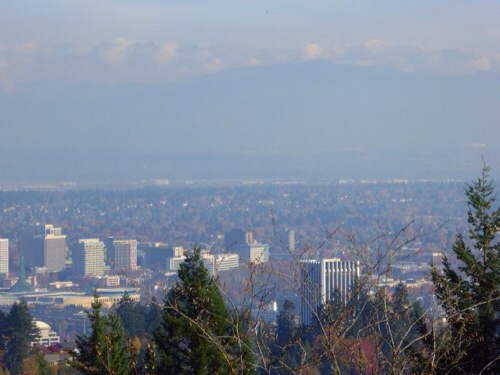 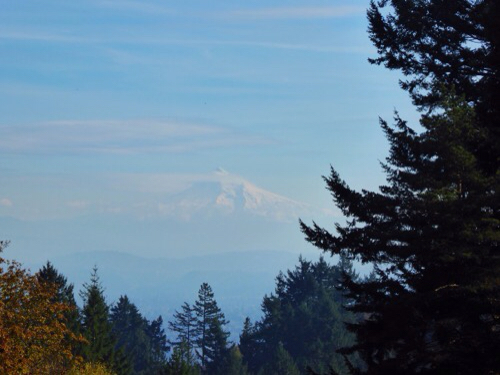 Before we left Council Crest, we found a friendly stranger to take a photo of our group, then, following the great signs, we continued on the Markham trail toward Oregon Health Sciences University (OHSU) on the next big hill over. The trail took us down, down, through thick forest, then up, up. Occasionally we would come upon an incredible house hidden out in the trees. Deep in the forest we arrived at a shelter with a little amphitheater and a most welcome porta-potty and drinking fountain. From there it was the final, and hardest part of the hike—steep, uphill and seemingly never ending until we emerged on the OHSU campus. The end of the 4+ mile Trail segment. 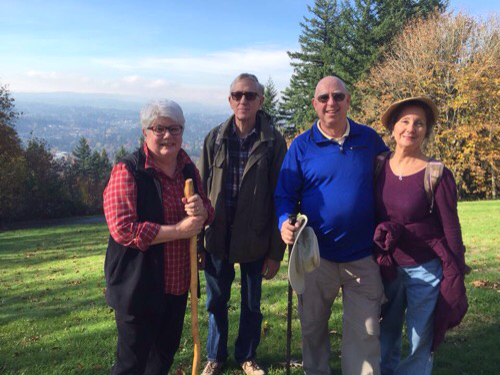 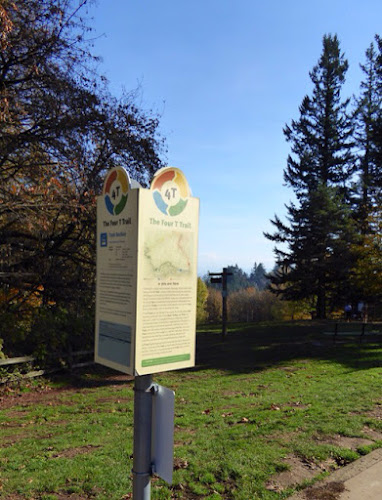 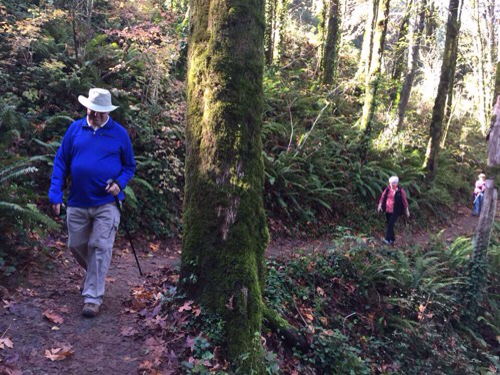 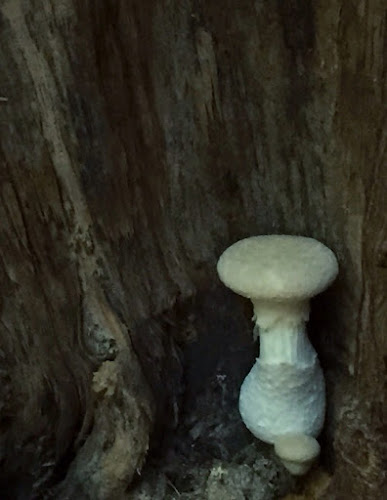 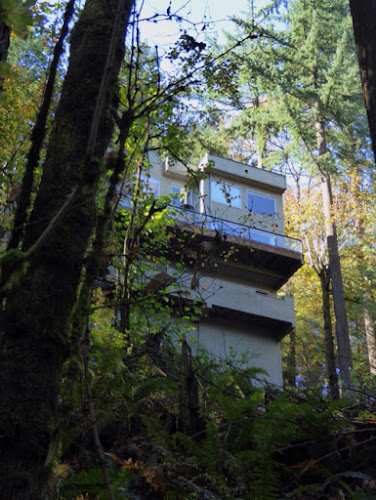 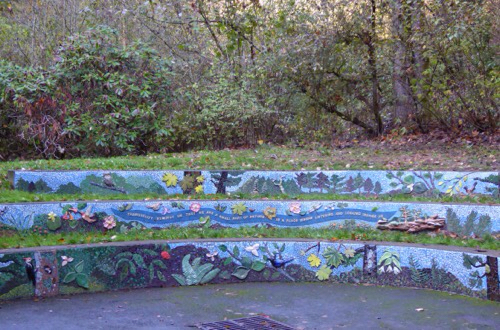 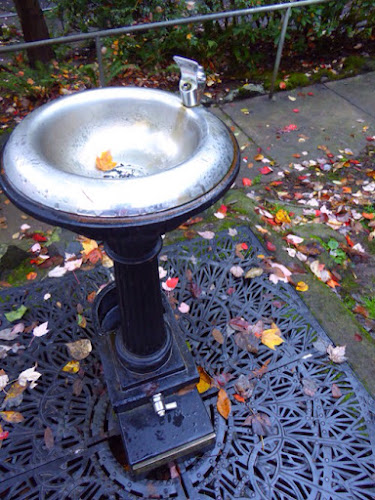 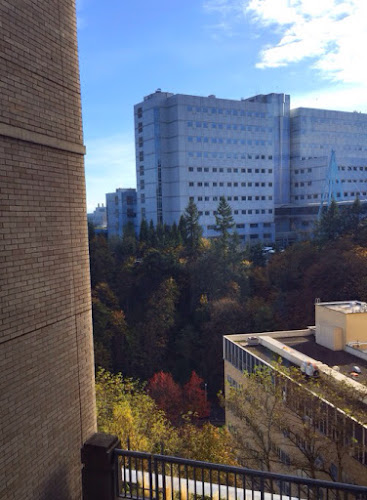 Making our way through the hospital at the medical school, we followed the signs and found the place to board the aerial tram that connects the two parts of OHSU—the old campus, at the top of Markham Hill, and the new campus down below on the Willamette waterfront. From the tram you look down on neighborhoods that look surprisingly toylike from above, and across the city in all directions. The fall colors from that vantage were stunning yesterday. 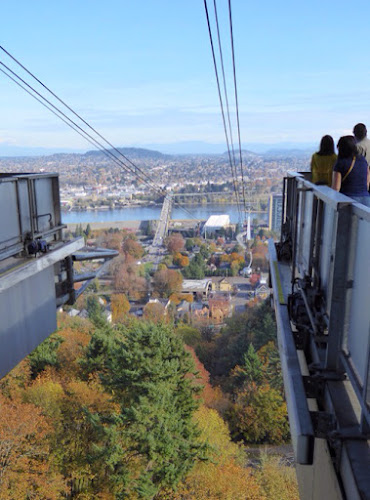 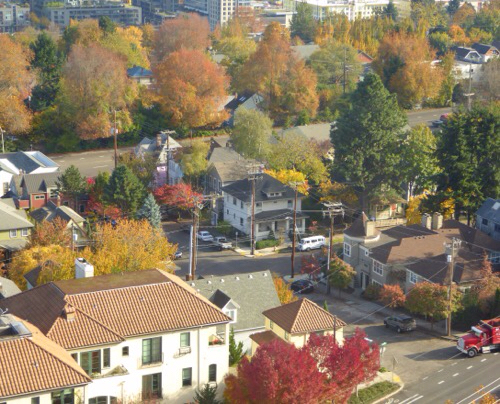 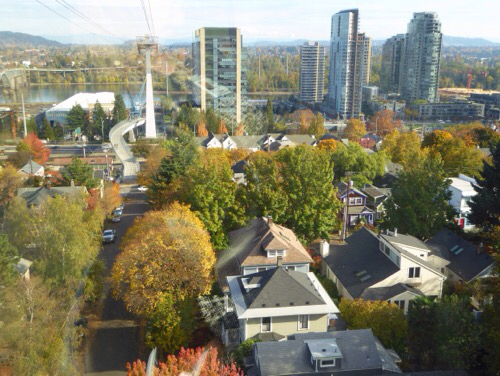 We stepped out of the tram car and there was our next T— the trolley. It wound along the waterfront, up through the campus of Portland State University, then into the heart of downtown Portland. 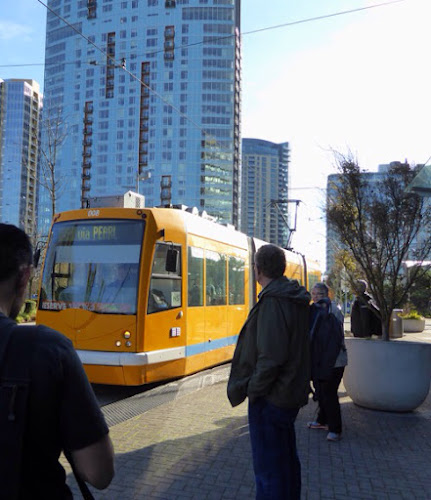 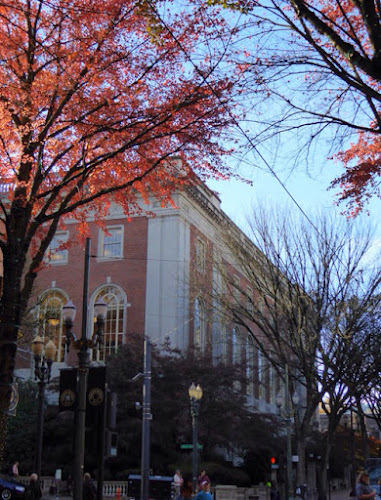 Beautiful, bustling downtown. Just across from the trolley stop, the MAX train was just pulling up and we hopped on to ride several blocks where we were looking forward to sitting down to a late, leisurely lunch. Along the way we enjoyed the sights and sounds of our city, including a llama walking down Yamhill street past the Apple Store. After lunch we reboarded the train which took us back to the zoo, where we had started out hours before. The circle was complete. A perfect day and a good, satisfying, well-earned weariness. 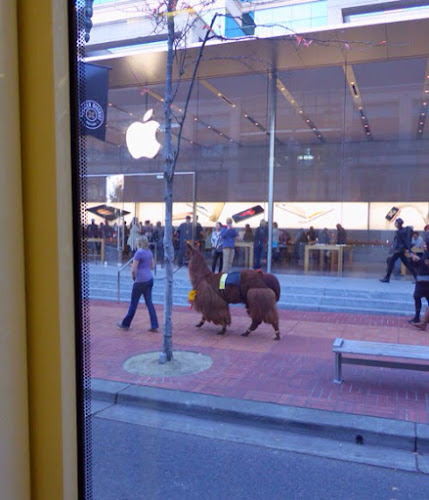 Today the rain is back and I can feel our hike in my leg muscles.

For more information about the 4T trail, click here.

Posted with Blogsy
Posted by Terry Grant at 2:14 PM