Some of the bloggers I read are participating in an exercise called "Simple Still Life". I have been intrigued, especially with the latest challenge, which is to start with a photo of 5 of something. Then the idea is to manipulate the photo in Photoshop or create something in some other way. I haven't officially "joined" this challenge, but thought I would play with the idea. I started with 5 leaves picked up in my yard. I actually just laid them on the scanner and scanned, rather than taking a photo. I liked the shape of these leaves--simple. I liked the green color (though I ended up changing it) and the black marking on them. 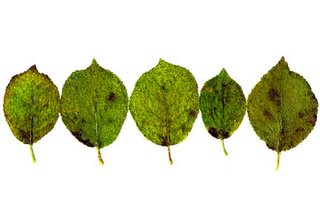 So then I started fooling around in Photoshop and came up with some changes. 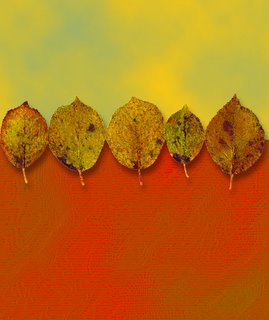 The first one turned out very quilt-like, I think. This looks like something I might do in fabric. I cropped the next ones to make them horizontal. I make almost nothing with a horizontal orientation. I don't know why. 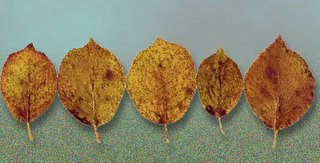 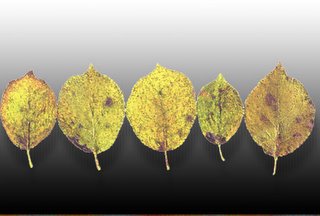 This is kind of fun. It has given me some ideas for fabric pieces I'd like to try.