Ending the year on a tired note 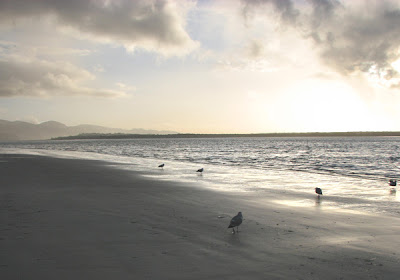 I would not say 2008 was the worst year we have lived through, but it has been exhausting. Sometimes in a good, "sure have accomplished a lot" way and sometimes just in that regular old bone-weary way. I won't elaborate—you've seen some of it here and some just doesn't need to be elaborated on. But in a few hours 2008 will be history and the slate will be wiped clean. (Isn't that a great image? If only it really worked that way—)


We have been at the Oregon Coast for the past three days. We rented a house and invited Emily and Cayo and Sofia and their Ecuadorean visitors. Andy was invited, but had to work. The house was wonderful. We cooked a lot and ate well and read and walked a bit on the beach and worked on a puzzle. Some of us were sick and some didn't sleep so well, but it didn't matter really. We relaxed mostly. 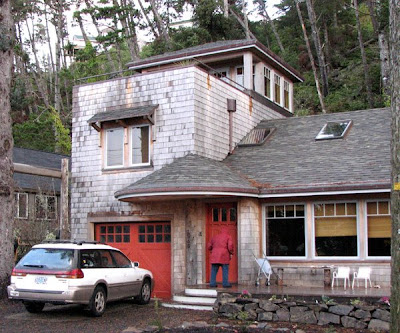 When I was a child we visited the Oregon Coast every few years with my grandparents. I remember once, standing at the edge of the water, looking out at the Pacific, the thought occurred to me that I was at the edge of this huge continent and it was all right behind me. My back was to everything—all the people, all the cities and mountains and rivers and monuments and this vast society. I was standing right on the very edge of one huge thing and facing the beginning of something else. An odd thought for a child, I guess, but I have never gone to the beach since then, that I wasn't struck by that same thought. This morning I had that same thought, standing at the waters edge and also the thought that on this last day of the year, it, too, was just behind me and the beginning of something else right ahead.

And sew it goes.