Scrooge and the Scissors

I found a copy of the Scrooge design that I mentioned in the last post. Cut from paper. The words were also cut from paper about 20 years ago. It was a very dark production. Spooky, eh? 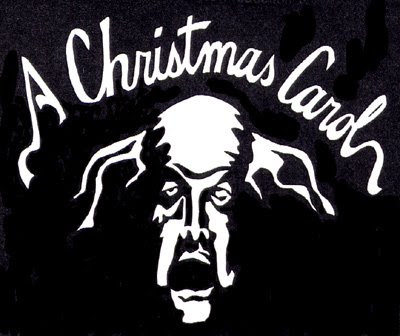 In the comments SuSaw asked what kind of scissors I used to cut the trees and if I used a pattern. No pattern. No drawing. I just started cutting.

The scissors I used, and still use for fussy paper cutting, are medical scissors. Nothing special. In fact I think they throw these away after one use in the hospitals now. The thing I like about them is that they are comfortable in my hands, have fairly small blades and one of the blades is a nice sharp little point that works well to pierce the paper for inside cuts. If you know someone who works in a hospital or for a doctor they can probably get you a pair cheap or free. 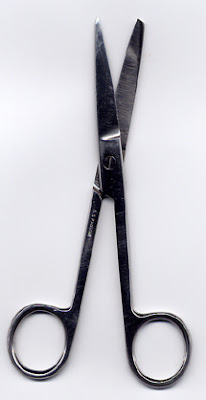 There are special scissors called "scherenschnitte" scissors that are made especially for intricate paper cutting. They probably work even better than the medical scissors. I have never tried them.

Lisa asked about the weight of the paper. It was a packet of coated paper that I had. The weight was slightly heavier than 20 lb bond, but the coating makes it nicely opaque and crisp. Anything very heavy is too hard to cut all four layers together. No, I don't remove the staples. They don't look great, but are essential for holding the layers together. I actually had a better idea after I'd made a few. Instead of stapling, I folded the paper to get a line, then stitched the two layers together on my sewing machine, using white thread. And to answer Lisa's last question. Yes, when I get them all put out together it is kind of a forest!