Last Monday was our last day in Washington D.C. We were tired and we had seen a lot, but we wanted to take advantage of our limited time. Seeing art is always my first choice and having "done" the National Gallery and the Museum of African Art earlier in the week, I was interested in the Phillips and the Corcoran Museums. Alas, both were closed on Mondays. Why do I always forget that art museums are nearly all closed on Mondays? I have stumbled into that predicament before, and I probably will again, slow learner that I am. We knew that the Smithsonian museums are open on Mondays, so we headed toward the Holocaust Museum, which we had been told was a "must-see." It was closed. It was Yom Kippur, one of the few days in the year that it is closed.

So we stood on the sidewalk and wondered what to do next with this beautiful fall day. I stopped to take a picture of the Washington Monument and Ray said, "Let's see if there are any tickets left to go inside." 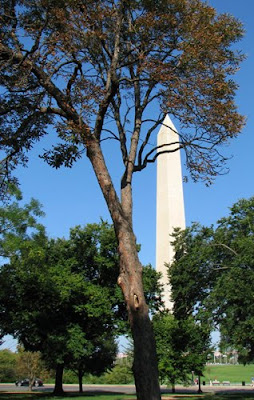 We tried, on a previous trip, to do this and were unsuccessful. This time we were able to obtain the free, but timed tickets. We waited our turn near the entrance and were amazed by the strength of the wind on the slight rise on which the monument sits. After I took this picture I told Ray I thought some of his hair had blown clean off his head! 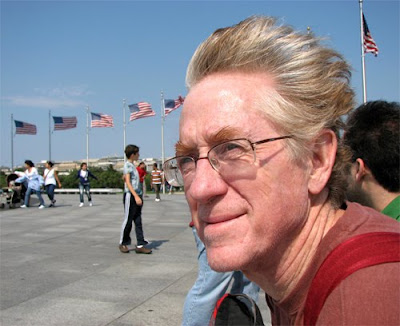 The views from the observation level were wonderful. You really see the layout of this incredible city. The National Mall lies between the monument and the Capitol Building, with most of the Smithsonian Museums lining its sides. They were in the process of taking the down the tents from the National Book Festival held on the weekend. 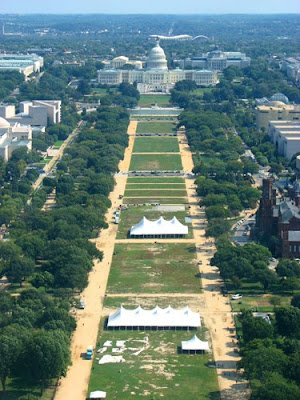 Looking out the other direction you see the Potomac River and beyond. That's the Jefferson Memorial right about dead center. 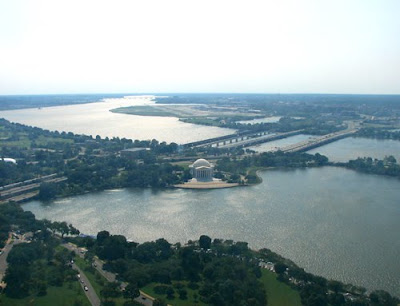 We walked toward the Lincoln Memorial, which is always one of my favorite spots. It always makes me think as much of Martin Luther King as it does Lincoln and I can picture the crowds listening to that amazing speech, as I stand on the steps, looking down the reflecting pool. But on this day the crowds were nowhere to be seen and a butterfly landed at my feet on the pathway. 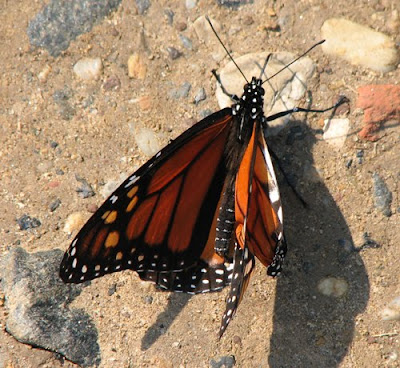 We sat at a table near the Lincoln Memorial, with a soft drink and a beautiful polka-dotted bird landed near us. 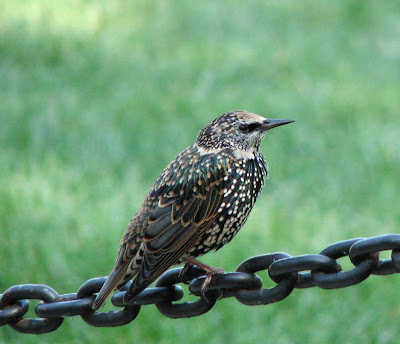 I looked him up when we got home and I learned that he is a starling, a breed of bird with a bad reputation. But I still think he is quite handsome and very striking in his spotted fall suit of feathers. While I love the images of birds in general, I'm not very knowledgeable about breeds and names. I don't think we have starlings in this part of the country. They are a non-native bird that was introduced to Central Park in the 1890's and have spread to other parts of the country. They can be taught to talk and mimic music—pretty clever bird, I'd say.

During our time in Washington D.C. we experienced rain, as well as stifling, humid heat, but on that last day it was perfect. Absolutely perfect.