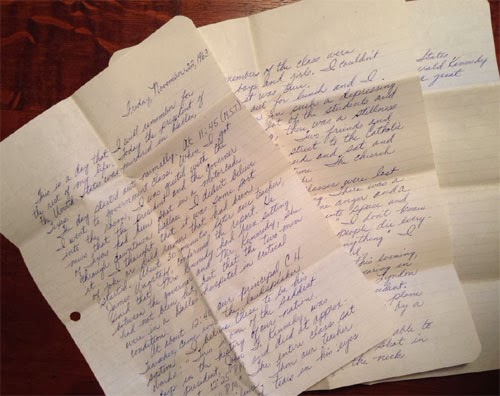 
This is a day I will remember for the rest of my life. Today the president of the United States was murdered in Dallas, Texas.

The day started out normally. At 11:45 (MST) I went to government class. When I got into the room, I was greeted with the news that the president and the governor of Texas had been shot in a motorcade through downtown Dallas. I didn't believe it. I thought that it was some sort of joke or wild rumor that had been started. About 30 minutes later our teacher, James Wagstaff, confirmed the report. He said that Mrs. Kennedy had been sitting between the governor and Mr. Kennedy, she had not been hit, but that the two men were in a Dallas hospital in critical condition.

At about 12:40 our principal, C.H. Teuscher, came over the loudspeaker system. I believe these to be his words: "This is one of the saddest days in the history of our nation. Our president, John F. Kennedy, was shot at 12:25 PM and died at approximately 1:00 PM." The entire class sat in stunned silence. Then our teacher left the room with tears in his eyes. Most of the members of the class were crying, both boys and girls. I couldn't really believe it was true.

We were let out for lunch and I have never been in such a depressing atmosphere. A lot of the  students and teachers were crying, there was a stillness about the building. Two friends and I went down the street to the Catholic Church. We went inside and sat and prayed for a long time. The church was very full of people.

The two afternoon classes were lost to the cause of educating. There was a lot of quiet talk, some anger and a lot of sitting, staring into space and disbelief. One girl said, "I don't know why everyone's so upset, people die everyday. He wasn't God or anything." I feel very sorry for that girl.

Upon arriving at home this evening, I saw on television, the swearing in of the new president. He is Lyndon B. Johnson, former Vice-president. He was sworn into office in a plane from Dallas to Washington D.C. by a woman federal judge.

From what I have been able to find out, the president was shot in the temple and through the neck.

All the people of the United States feel grief tonight. John Fitzgerald Kennedy was a good, wise man and a great president.


As a 17-year-old High School Senior I think I needed to write all this because I knew I never wanted to forget any detail of that day. What I didn't know was that I would never need my written account to remember. It has never left me. I folded the three pages into a small rectangle and tucked them into my jewelry box, which has traveled with me for the past 50 years.

Rest in Peace, Mr. President. We have not forgotten.