I am home from a very memorable four days in Houston at the International Quilt Festival. The Houston show is the largest of its kind in the world and is the ultimate pilgrimage that quilters make. I have seen the photos and read the reports for years and while it looked like fun, it was never something I considered spending the time or money to go to, quite honestly. This year the special Twelve by Twelve exhibit was finally my reason to go. If you have read this blog at all you know all about the project and the book and the fact that we are a group of 12 art quilters spread around the world who have never actually convened all together. Nine of the twelve of us made the trip and many of us met each other for the first time. There will be more about meeting the other "Twelves" in subsequent posts, but tonight I am focusing on the exhibit. 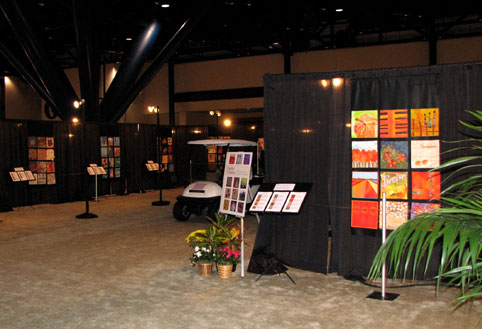 I arrived at the convention center with Nikki, the Twelve from Washington state. We got our credentials and made our way into the enormous exhibit hall. After several wrong turns, this was our first view of our exhibit space. Our spacious home was a large square, open at two ends, with our quilts hung in groups of  each challenge theme. The first twelve, our "theme" series were on the inside, the "colorplay" groups were on the outside. Also inside were two long tables with chairs, where we displayed our book, which was for sale, free postcards, provided by Lark, our publisher, and packaged sets of postcards of selected quilts from the colorplay series that we were also selling. 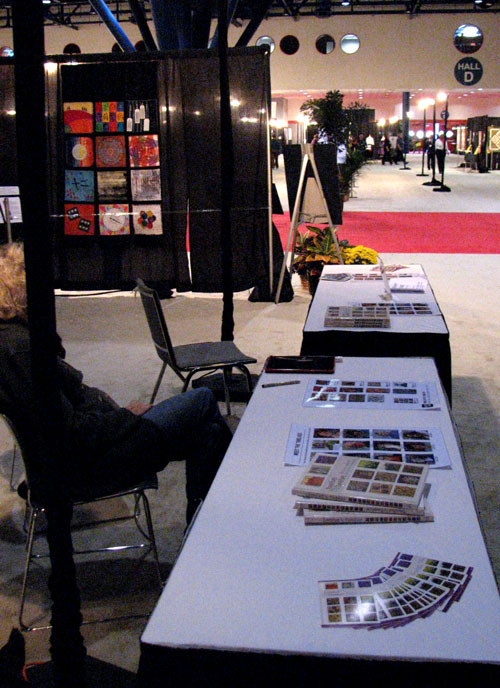 We sold out of the book on the second day, but a book vendor in the vendor area had stocked several hundred copies, so we were sending people to her for their books. We took turns manning the tables and found this a good place to hang out and visit and answer questions. Near the end of each day we all gathered to sign books that people had purchased during the day. We were thrilled with the numbers of people who came and knew about us, or were just learning about the project. They asked great questions and told us over and over how much they loved the work and the book and the project itself. I took all these pictures in the morning before the doors opened, so you could see what it looked like. The rest of the day it was swarming with people. Many people told us our exhibit was their favorite part of the whole show. Wow. 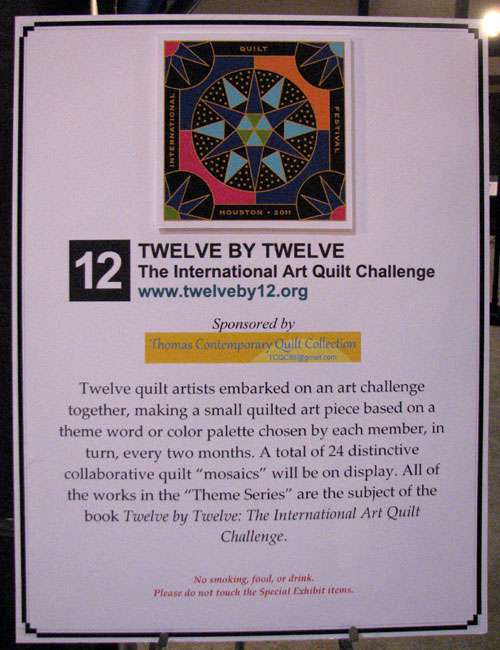 The exhibit was sponsored by Del Thomas, the owner of the Thomas Contemporary Quilt Collection. We have been so touched by Del's generosity and enthusiasm for the project we hoped she would be there, but alas, she was not able to come. Her ears must have been burning, though, because her name came up over and over. She is so well-known and loved within the art quilting community, we heard over and over "how wonderful of Del to make this possible!"

I thought it all looked beautiful. We felt like rock stars! 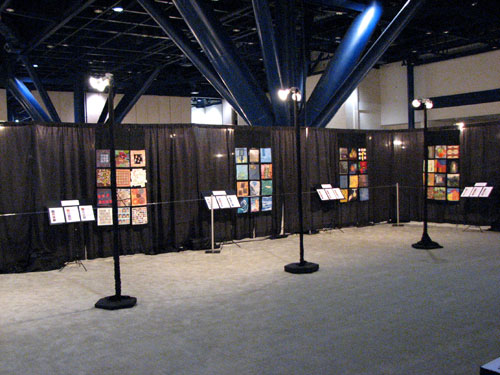 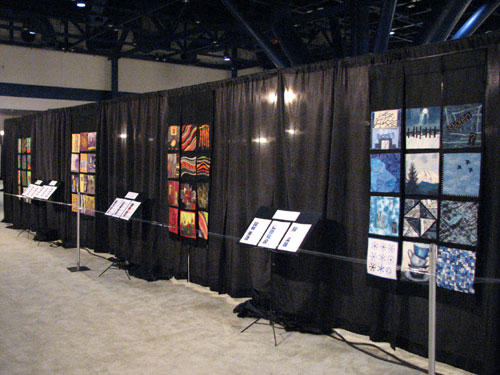 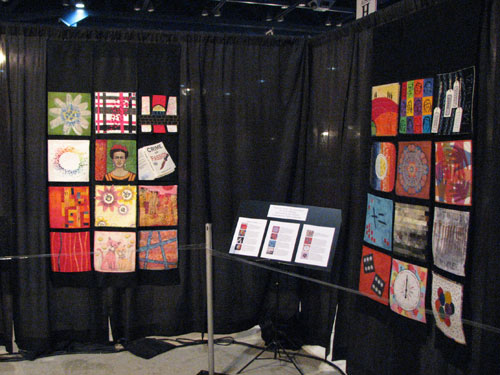 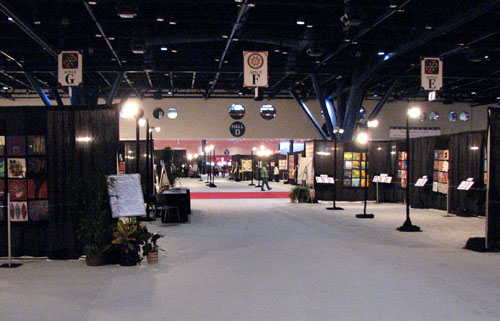