That's us. Most recent domestic project has been cutting the shed out back in half.

When we bought our house Ray said the ugly shed out back had to go. Was it a shed or a bunker? You decide. 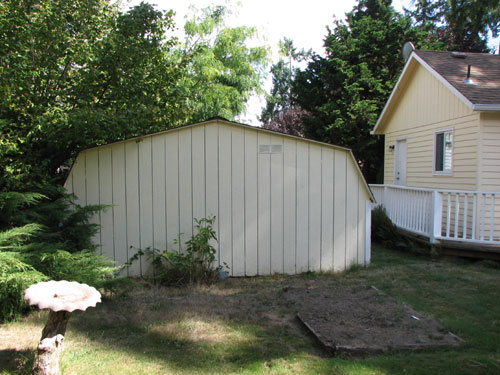 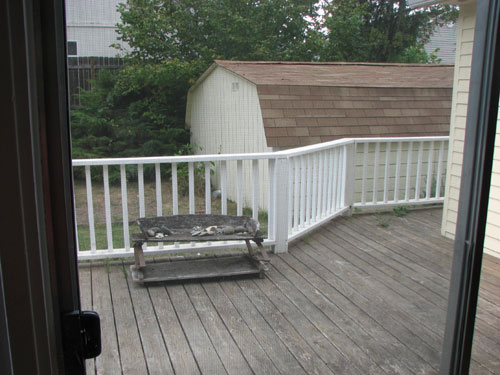 This was a really big, windowless shed. Might be good for some sort of illicit operation, but it was an eyesore. As I said, Ray planned to tear it down and replace it with something smaller. It was my idea to just cut it in half and remove the front half, leaving the back half. It took Ray awhile to appreciate the cleverness of my idea (ahem!) but he came around and this weekend he and our son, Andy started on the project. This is how it looked on Saturday. 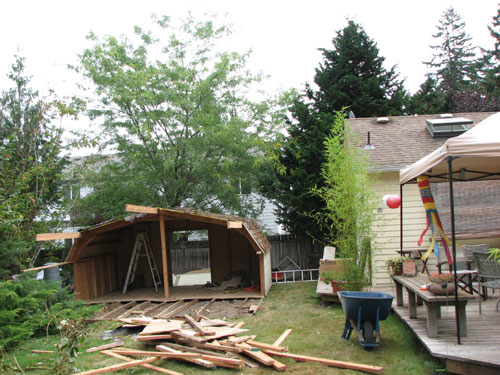 And today, after the debris was removed and a temporary wall nailed up. Half the size it used to be. Some people enlarge their sheds, we are "ensmalling" ours. It will hold such things as the lawnmower and wheelbarrow and storage for deck furniture during the winter. 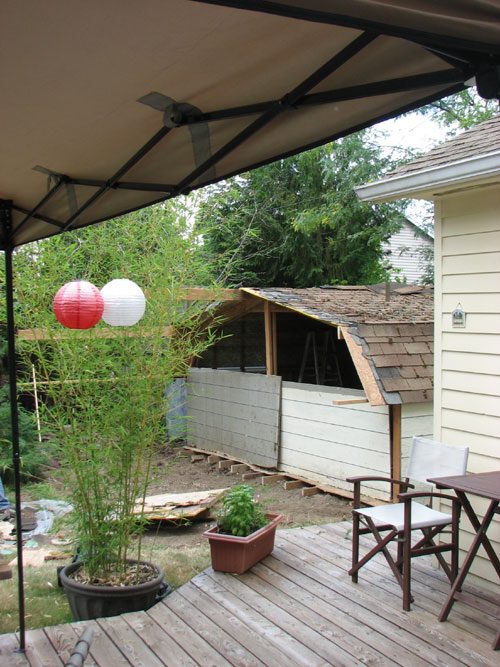 There will be a double door and siding at this end, as well as a paint job and some landscaping. I am dreaming of a big circular vegetable and flower garden just beyond the edge of the deck.

Part of the conditions for starting this project was getting rid of most of the stuff we have had stored in it since we moved here. One of the last things I had to deal with was a big box full of my old silkscreens, squeegees and cleaning fluids. 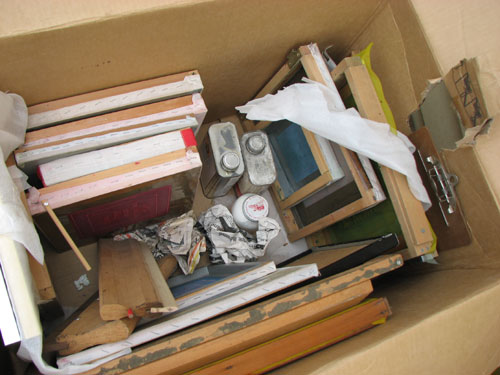 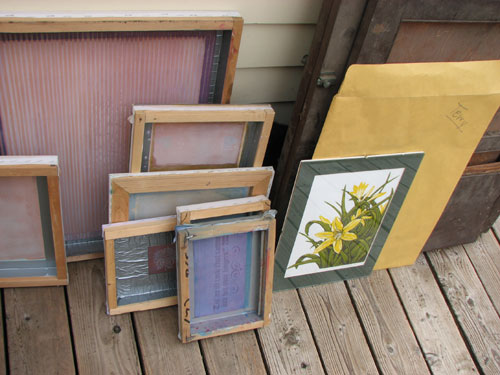 Among the screens, to my surprise, were some pieces of art I had forgotten were packed with the screens. There was the lino cut print I did of yellow daylilies that you see above, and some of my mother's work. 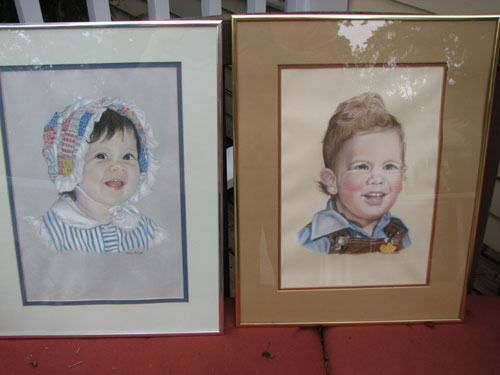 These are pastel portraits she did of my children as little kids. Works of pure love. She adored her grandchildren. I took Emily's to her on Sunday and Andy's will go to him soon. In the manila envelope in the photo above were several unfinished pieces of Mom's, including this one: 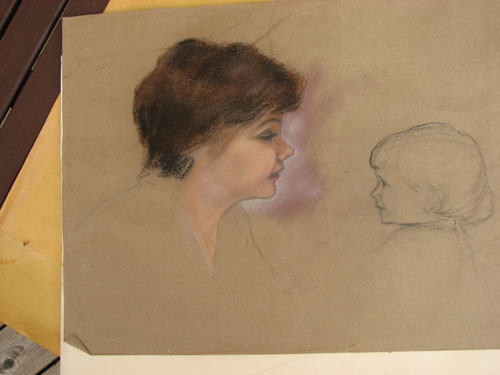 Me and my daughter, Emily, when she was about two. I remember the photo Mom was using for this. Unfinished as it is, I may need to frame it and hang it in my bedroom. Finding this was a little like getting a message from my Mom, who has been gone for 14 years. It kind of takes my breath away.

I sorted through the silkscreens, and discarded the ones that cannot be reused. A trip down memory lane. So many were for items I made to sell at the Shakespeare Festival (aprons, totebags, bookcovers, etc.) and have Shakespeare quotes on them. They make me smile.


"I count myself in nothing else so happy as in a soul remembering my good friends."

"How far that little candle throws its beams. So shines a good deed in a naughty world."
Posted by Terry Grant at 10:47 PM