I love Jimmy Carter. It was so good to see him on the convention coverage tonight. Regardless of how history records his time as president, I have no doubt that he is the best former president we have ever had. His life of service and hard work are sure inspiring. He is 83 years old and still traveling the world and rolling up his sleeves to work, and talking with world leaders and ordinary citizens.

Yesterday I was shelving books at the new house. I have my Dad's 1946 yearbook from the Naval Academy. 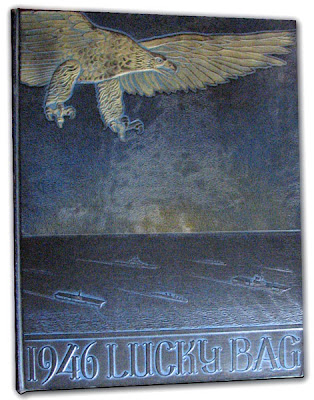 Dad was not a regular midshipman, but was sent to Annapolis for his final year of college in the Naval officer training program during the war. It was something that I don't think has been done since then. He attended regular classes and graduated with the Annapolis graduating class. I'm not sure why he had the 1946 yearbook because he graduated in 1945 and he and my mother were married that same day at the Annapolis chapel. One of the students who was there at the same time as Dad was Jimmy Carter. Can you pick him out on the yearbook page below? 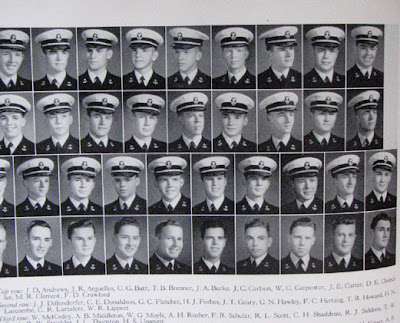 He's in the top row, fourth from the right. I asked Dad if he knew him. He said not really, but he had been in a class or two with him—both studied engineering. I asked if he seemed destined for greatness. Nope, Dad said, he just seemed like a real regular guy. That's how he seemed on TV tonight.