More about that tree 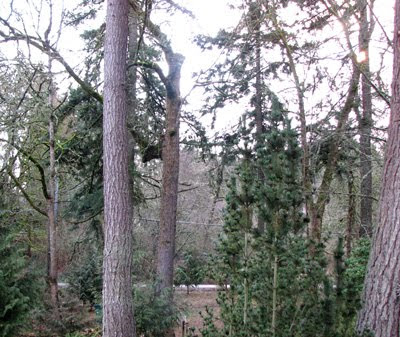 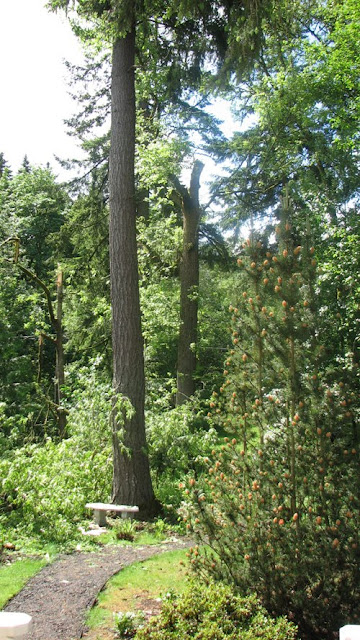 So, I know you are probably not interested in hearing more about the tree fall of yesterday, but I am still trying to figure this all out, so bear with me. Further inspection of the situation revealed that it did not happen as I described, so you can ignore that graphic explanation I posted yesterday. There are actually two very large tree sections laying across the creek—the one next to the bridge and another a bit further down the creek, which, on its way down, badly damaged a small tree on the other side of the creek. Where did that one come from? Well, I found a photo I took the day the trees were trimmed in February (top photo)and I took another photo today. I see that there were about three big limbs left on the bad tree. The only one I was remembering was the large, bottommost one with the crazy elbow. It hung out there a long way. Now all that is left is the elbow and a little bit more. The next branch up is still there. The branch coming out of the top in the top picture is now gone and is presumably the guy that fell first, hitting the lower branch and breaking it off, then the two broken branches fell into the other trees and did the damage there. Funnily, I now notice that the tree I thought was totally dead has all kinds of new growth, a lot coming out on the "dead" broken elbow branch. OK, enough about the tree. I'm headed for my sewing room.

Need any firewood?
Posted by Terry Grant at 11:48 AM