Shaking up the afternoon

Rain was pouring down outside and Sofia and I were playing inside. Ray was getting ready to leave and looking out the window at the rain. Suddenly he jumped backward and shouted "Holy Sh*t!"  A huge section of a tree had come crashing down before his eyes, into our front yard.

Here is what the view from our front door looked like a couple weeks ago. 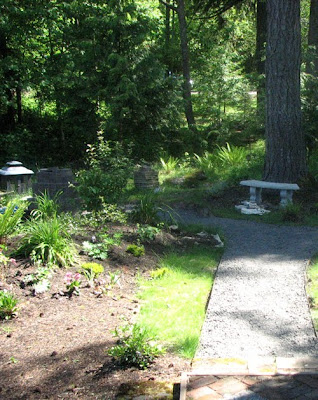 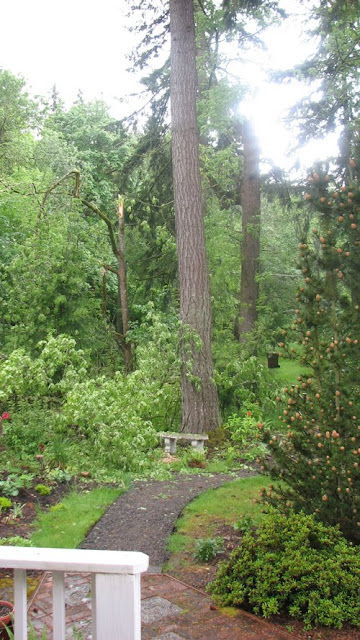 We have a big old dead tree on the other side of the creek. It is the one to the right of the big tree in the middle of the picture. Several months ago when we had several trees removed and others cleaned up, we had them look at the dead tree. Because of its size they suggested that they remove a lot of the dead limbs, but leave the tree. I was a little surprised that they left one very large limb that poked out at an odd angle. The explanation was that it was stable and would have been very dangerous to try to remove. Well, most of that limb came down today and as it fell it whacked a smaller tree, breaking off the entire top, which then came crashing across the creek. The big old dead limb landed, crossing the creek and narrowly missing the bridge. Here's a more graphic explanation. Click to enlarge. 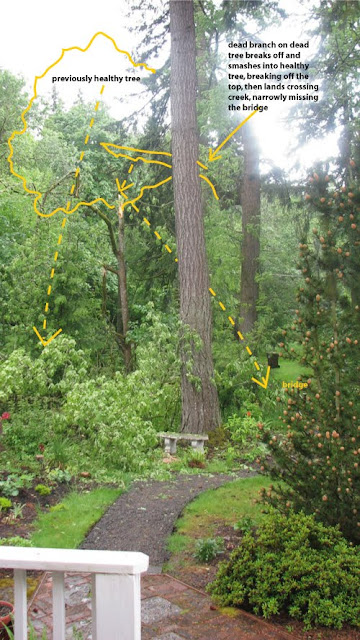 Under the fallen tree top is my mosaic patio, which appears to be undamaged. You can see a bit of it through the branches here. 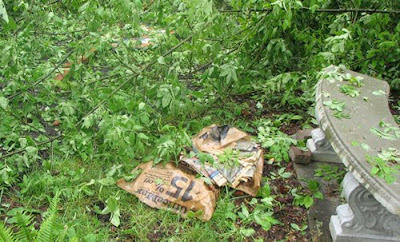 Here's the culprit—the dead branch laying across the creek. See how close it came to taking out the bridge?! 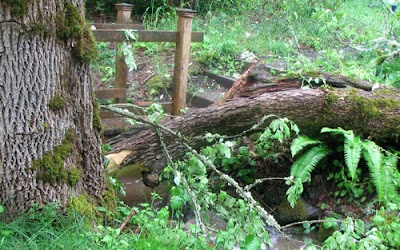 It's kind of a mess out there, but all things considered, not much damage.
Posted by Terry Grant at 4:39 PM