We had a wonderful Christmas, very much a family affair revolving around a very sweet and appreciative 8 year old and a crazy, hilarious 5 year old! Christmas is so much better with children. My gifts were thoughtful and perfect and our meals were festive and delicious. All that Christmas should be. I have a nasty cold and croaky voice, but it hasn't dampened the joy. 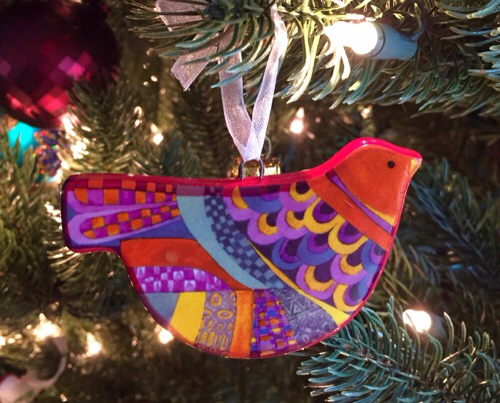 I hadn't been in the studio for days, until this afternoon, and enjoyed our first snowfall of the season as I worked. 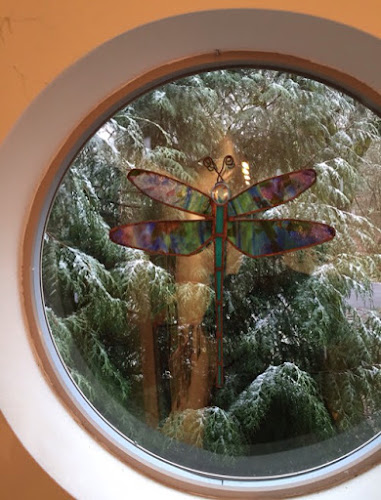 I thought I was moving on from the fusible web magazine transfers, but I had an idea as I was laying awake at the coast several days ago, with a storm howling outside. I've continued to think about it until I could get back to work. I found an interesting, colorful photo in a magazine to start, and lightly fused a sheet of fusible web to it. 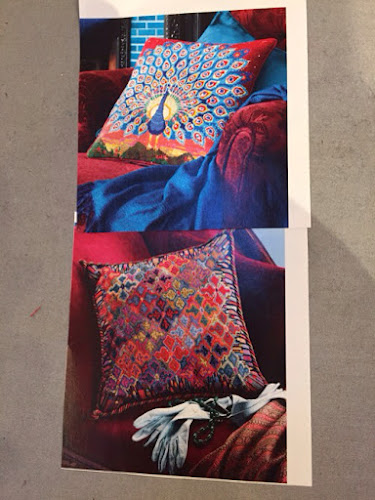 Then I cut it into thin, vertical strips, which I arranged, facedown, on my fabric, and fused with my iron. Then I wet the paper and removed it. 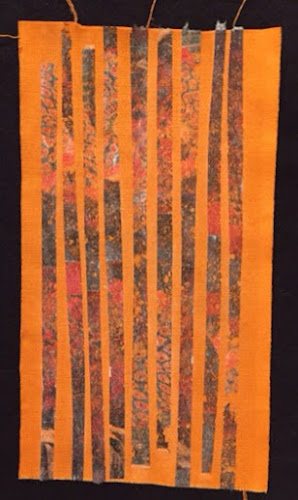 I love stripes, so this really pleased me. I would use this. There is no recognizeable image, just color and texture.

Then I got out my Quito quilt and did some work on it. 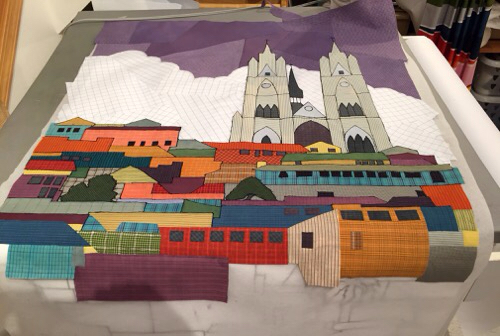 It is coming along. I am adding black outlines with my little metal-tipped squeeze bottle and it occurred to me to start adding the lines before I finished building the whole composition. Ordinarily I would do it all at once after it's all assembled, but it is a little dangerous to work over a lot of wet paint—so easy to accidentally smear it. But going back and forth—fusing, painting, fusing, painting—allowing the small areas to dry between, makes smears less likely. Besides, seeing how it is going to look as I go along keeps me excited!

The snow has stopped and what stuck is melting, but was nice while it lasted. I am thinking back on 2015 and forward to 2016. It always feels good to turn that page, though it means that time is just flying by. This year has been a lot. High highs and low lows. This next year promises only that we can expect more of the same. Are we ready?

Posted with Blogsy
Posted by Terry Grant at 4:03 PM