More on the road trip

After we checked out the studio and cabin where Jeri was staying during her residency, she took us on a little tour of the premises at Caldera. 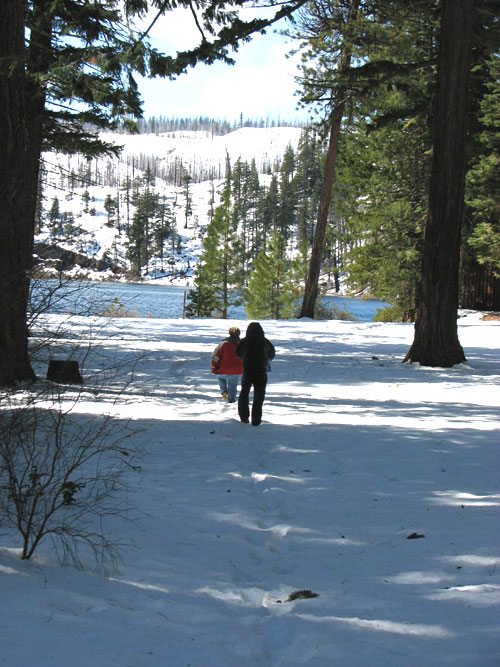 We hiked, through the snow to Blue Lake. This is the only picture I took of Jeri, leading the way, with Ray close behind. She does not like having her photo taken. 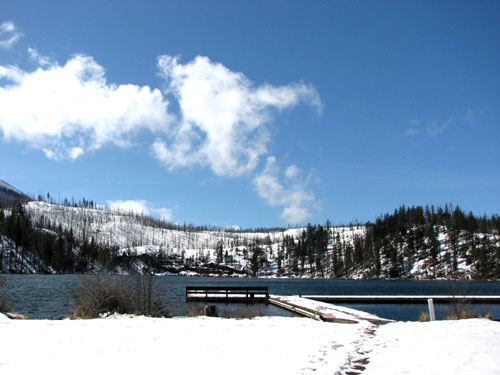 What a beautiful little lake. We could see on the far side, how close the forest fires of a couple years ago had come to Caldera. Along the way we saw an arrangement of natural bits and objects made by one of the artists. It was covered by the recent snow, but slowly revealed itself as the snow melted. 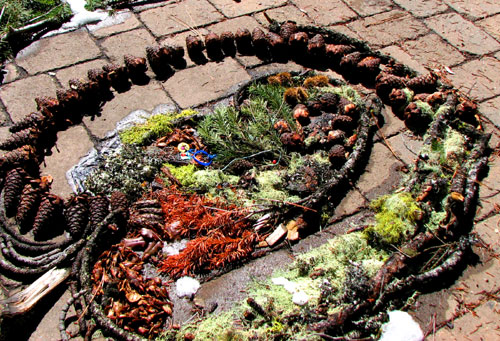 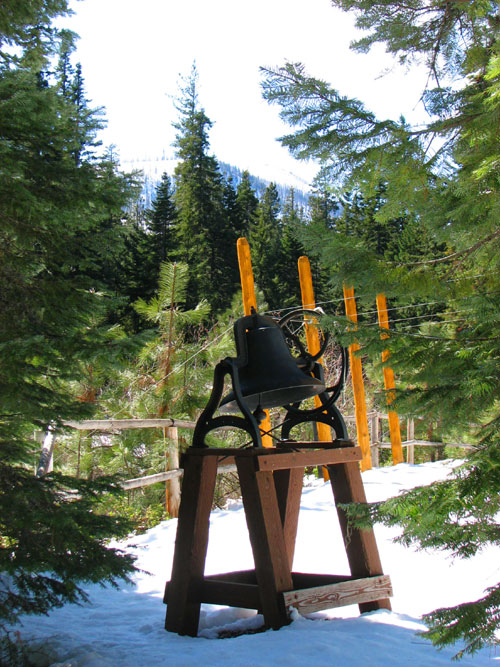 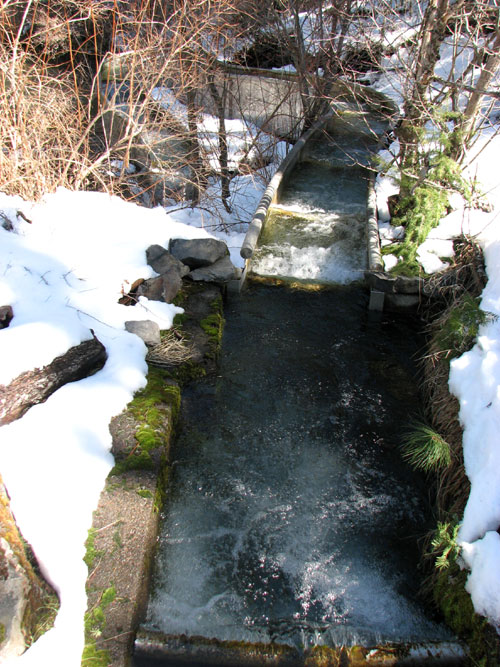 This is a fish ladder constructed to allow fish swimming upstream toward Blue Lake to bypass the small dam where power is generated by an old wooden water wheel.

We ended at the beautiful big Hearth Building where community gatherings. performances and weekly dinners take place.  Art is all around. 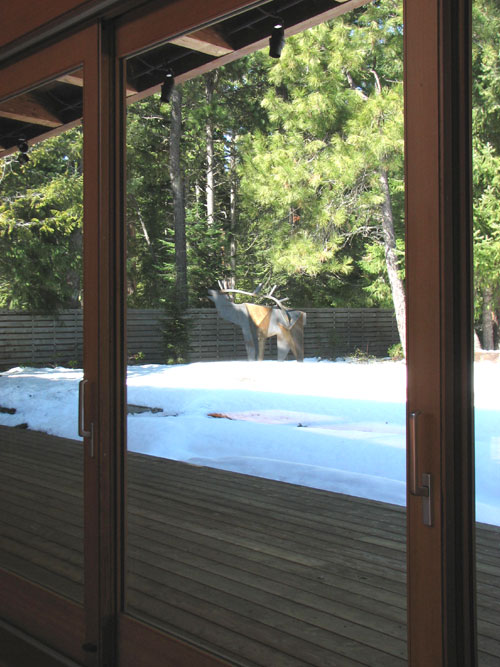 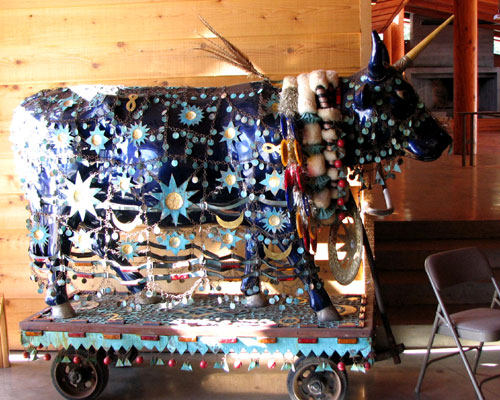 After a fun lunch in the little town of Sisters, we bid Jeri farewell and sent her back to her studio work. The drive home was as beautiful as the drive out. We love a good road trip and this was a good one. It is always good to have musical accompaniment on a road trip. The Decemberists set a good mood for the drive.